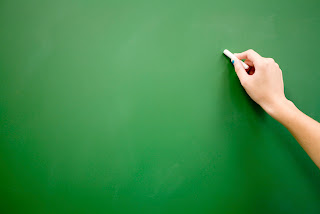 I made a mistake when discussing on the legal definition of a child in Malaysia and the definition of statutory, and so I thought it would be a good idea to revise on this topic.

I mistakenly thought that a child in Malaysia is defined as one aged 18 years old and below. I was wrong. According to the Malaysian Child Act 2001 or Act 611, a child is defined as

This definition is according to Section 376 of the Malaysian Penal Code (or Act 574).

Therefore, there exist a time period where a person under the age of 18 years old AND above the age of 16 years old, CAN consent to sexual intercourse, but cannot give consent to medical procedures and treatment (because she is below 18 years old).

The article written by Nadesan and Omar in 2002 is an excellent treatise of the current rape scenario in the Malaysian context. The article can be downloaded here.

The criteria of rape as per Section 375 of the Penal Code is as below:
The word rape originates from the Latin word "rapere", which means "to snatch".  Often, to snatch something from someone would entail some amount of violence imposed. Furthermore, according to Section 375 of the Penal Code above, rape is defined when the sexual intercourse is done "against her will". As such, this places the burden on the victim and the prosecution team to establish the evidence of violence and "against her will". This can pose serious problems because, as Nadesan and Omar (2002) said:


".....the absence of injuries does not necessarily mean that the woman was a willing partner. Owing to many reasons, a victim may not resist the rapist and in that event the chances of a physical attack by the rapist is reduced. When victims are taken by surprise they may be too scared to resist. More importantly, in many instances the rapist is an immediate family member, a close relative or a friend. Several cases are actually incest and many more are statutory rapes where the victims are under the age of sixteen years."

In many countries, the burden of proof has been shifted to the defendant (alleged perpetrator) to prove that there was consent for sexual intercourse, but in Malaysia, the position still remains unchanged for the prosecution to establish that the woman did not consent.

Another thing I learned from the article by Nadesan and Omar (2002) is that amendment to the 1988 Section 146A of the Evidence Act (Act 56) states that no question in cross-examination shall be adduced or asked concerning the sexual activity of the complainant with any other person other than the accused. Previously, victims during cross-examinations were asked about their sexual encounters with persons other than the suspect in order to discredit their moral behavior.

Doctors and nurses working in the emergency departments should have a general knowledge of this important issue as these victims will be presented to the One Stop Crisis Center (OSCC) in emergency department. It is of utmost importance that such victims be accorded to utter privacy and confidentiality. No gossiping of the nature of the suffering inflicted upon the victim should be discussed among healthcare professionals!

Thanks dear doctor sahib for sharing about health...