In every conference that I attended, I tried to learn at least one or two things, if not, more. In ACEM 2011, I find that the toxicology track was particularly interesting. Two specific topics are of particular interest to me (since they are relatively new stuffs to me):
In this blog post, I will share some of the things I learned from specifically these two lectures based on the handwritten notes I scribbled during the lectures.

Emerging Drugs of Abuse in Asia
Dr. Rick Lau from Hong Kong began his talk by highlighting some of the common existing drugs of abuse like opiates, amphetamine/MDMAs (Ecstasy) [the stimulants group] as well as the dissociative or hallucinogenic group (ketamine, PCP or Phencyclidine).
However, because of the harsh legal penalty imposed upon those found possessing of these more "established"drugs of abuse (such as the prototype Ecstasy), many new drugs as well as old drugs with new packaging and mixture are now emerging.
Among the common emerging drugs are:

Mephedrone
Mephedrone is a synthetic stimulant drug of the amphetamine and cathinone classes.

Mephedrone in fact, is chemically similar to the cathinone compounds found in the khat plant used in Africa for its stimulant effects. The khat leaves can be chewed or dried and consumed as tea. In 1980 the World Health Organization classified khat as a drug of abuse that can produce mild to moderate psychological dependence, high. ecstatic, hallucinogenic effect. 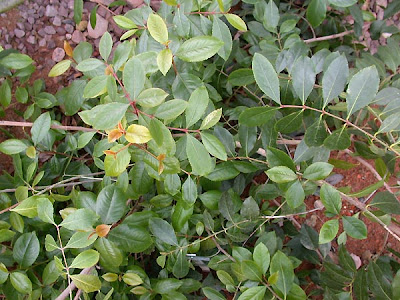 It was actually first synthesised in 1929 but did not become widely known until it was rediscovered in 2003.

Up until around 2007, mephedrone was freely available for online purchase; since then, however, more and more European countries began to impose legal enforcement that make mephedrone an illegal drug in Europe.

However, unscrupulous dealers and users can still circumvent their way to get the drug on the premise that this compound is being purchased (legally from US) for the purpose of using it as either a plant food or bath salts. (* In US, the ban only applies if the drug is sold for human consumption but it is legally available for use as a 'plant food' or 'bath salts'. See some news stories here and here. Recent news show that it has been declared illegal in Minnesota . Click here). In fact, there is an article on how to buy mephedrone legally ('legal ecstasy').

Mephedrone is also known as Mkat or Meow Meow.

Piperazines
At first this group of compounds was used as an anthelmintic in the 1950s. Generally, they work by paralysing the parasites, which allows the host body to easily remove or expel the invading organism. This action is mediated by its agonist effects upon the inhibitory GABA (γ-aminobutyric acid) receptor.

This group of drugs is now being abused as designer drugs/recreational drugs because of its euphoric, stimulant effects much as the amphetamine/MDMA group.

Spice/K-2
Spice or K-2 is actually a synthetic cannabis or cannabinoid drug sold "legally" on the premise that it is a mixture of traditional aromatic herbal incense. However, when smoked, it produce a euphoric effect like marijuana. Furthermore, it does not show up as positive results in drug testing for cannabis.

This drug has caused many harms and deaths among teenagers including a recent suicide case.

A newer designer drug, somewhat similar to K2 is called Barely Legal incense. Click here and here to read some related news stories. Other potent hallucinogenics include the Foxy Methoxy.

Peyote Even a seemingly harmless type of cactus known as the peyote can produce psychoactive, hallucinogenic effects. It has been used by the natives in America for transcendent meditation. It is ingested to produce the psychoactive effects for a "psychonaut" trip. Source: wikipedia
Ketamine
Ketamine is a favorite drug used medically in hospitals, including emergency departments. In fact, I personally like to use ketamine for short procedural sedation purposes particularly for children. Ketamine can potentially be abused, of course.

Ketamine is of course, a derivative of Phencyclidine (PCP) or Angel dust - which has already been banned. These drugs produce dissociative anesthesia.

Other new drugs of abuse

Ya ba - Ya ba is actually not new in South east Asia, especially in Thailand although it is a relatively newer or re-emerging recreational drug in the West. It is a 30% metamphetamine with 70% caffeine. It comes in bright colorful pills and in Malaysia and Indonesia, the related compound is known as shabu or syabu. It was previously used by the Thai truck drivers to stay alert and awake especially during night driving before being banned.

This is a linked image for educational purposes only.
Click here for the original source.
"Happy water" - this is a newer form of a combination of estasy, ketamine, and other types of drugs, manufactured in China.

Shisha -To say that shisha is a drug of abuse is rather ambiguous, because it depends on the substance that is being smoked. It is commonly a flavored tobacco (plus/minus some traditional 'herbs') although some cases, it is claimed to be tobacco-free. Click here for a short article and picture. 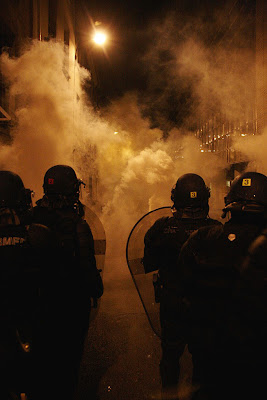 Riot control agents basically are based on the principle of aerosolization - generating suspended particles in the air that inflict pain on the skin and irritation to nasal mucosa, eyes, etc on those affected. It often temporarily incapacitates those affected, but without any permanent damage.

There are basically two types of riot control agents:

2. Oleoresin Capsicum (OC) - this is basically the pepper spray.
The spicyness of this agent, and in fact, of all types chilli pepper that you buy are actually measured on a spicyness scale known as the Scoville heat units (SHU). 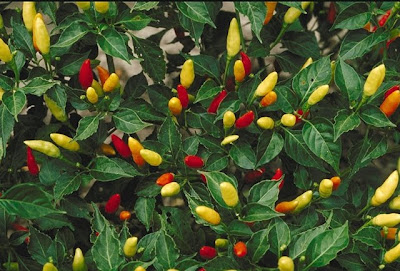 Source: Wikipedia
The cili padi (also known as Capsicum frutescens) that Malaysians (including myself) enjoy is of the Scoville heat units of around 150,000. But the Oleoresin capsicum (OC) used as weapon can go up to 5 million SHU!!! Can you imagine how "spicy" and irritating it would be to your eyes, nose, mucosa? That's why this agent is specifically called a lachrymatory agent.

On the other hand, OC is more potent - OC is effective against the psychotics as well, and also make sure the police cover the eyes of their animals like horses because if the eyes of the horses are affected, the horses themselves would go into riot and crazy!

Treatment for tear gases are basically symptomatic. Nevertheless, beware that you do not irrigate with warm water! This is because warm water can dilate the skin pores causing more of the irritant particles to enter into the skin, resulting in more severe contamination.

Dr. Jimmy Chan also mentioned that there are commercial decontamination agents such as Sudecon (in the form of wipes).

3. There is a third type of riot control agent mentioned in the lecture - the DM agent (Adamsite). DM agent is emesis-inducing. Therefore, if someone is wearing a mask or some form of protective gear, he would be able to escape from CS or OC, but if DM enters into the demonstrator's face, he would have to take off his mask because it causes a severe nauseating sensation.
Posted by cksheng74 at 12:39 AM

metrogel said...
This comment has been removed by a blog administrator.
Wednesday, September 21, 2011

Why emerging drug can be happened? I think that it is really dangerous for us. Is there no way to prevent this emerging drug?