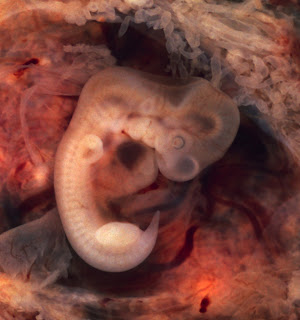 
We often think that in cases of intra-abdominal hemorrhage, tachycardia is most often the first physical manifestation. We recently saw a case of ruptured ectopic pregnancy that presented with bradycardia. Actually, a number of literature has shown that bradycardia is a well-established phenomenon noted in cases of hemoperitoneum, including ruptured ectopic pregnancy.

Similarly, in cases of traumatic hemorrhage, about a third of these patients can present with bradycardia even in the face of acute reduction in blood volume.

Although the exact mechanism for this phenomenon is not known, the hypothesized pathophysiology behind this relative or paradoxic bradycardia is vagal stimulation, either from the mechanoreceptors in the left ventricle or triggered by blood in the peritoneum.

Also, a pelvic ultrasonographic examination demonstrating an empty uterus is sufficient to diagnose ectopic pregnancy if the quantitative Beta-hCG level is high enough.