99% of Our Malaysian Buildings Are Not Built to Withstand Earthquakes 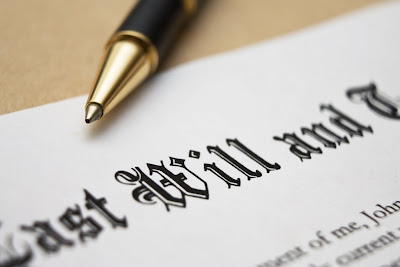 In this blog post, I am doing something a little bit different. Rather than sending out case presentations or latest trials findings, I found three pieces of news from various news portal that interest me.

1. The most frightening news that I got is to know that 99% of our Malaysian buildings are not built to withstand earthquakes. The reason being Malaysia rarely experience earthquakes. This is indeed worrying especially for emergency physicians here.

PENANG, Oct 12, – Less than one per cent of buildings in Malaysia are built according to specifications that take earthquakes into consideration, said Associate Professor Taksiah Abdul Majid, supervisor of Universiti Sains Malaysia (USM)’s Disaster Research Unit. Taksiah, who is a leading researcher in earthquakes, said from the unit’s research most buildings did not take the earthquake factor into consideration assuming that Malaysia was not exposed to the risk of earthquakes.

“Malaysia rarely experiences strong earthquakes and that factor causes many specifications for building construction to pay not much attention to earthquakes. “However, we cannot be complacent as Kuala Lumpur is just 300km from Sumatra, which frequently experiences strong earthquakes,” she said at a news conference at USM here today. She said among buildings that followed specifications related to earthquakes were the Kuala Lumpur Twin Towers, the Penang Bridge and the Komtar building here... [click to read more]

2. The second piece of news that interest me is that Singapore has planned to reduce specialist training time from 7 years to 5 years in total upon graduation. While that is not my concern, I was thinking...in Malaysia, probably a doctor would only start applying to do his specialty training after 5 years...hmm. But anyway, the news article below mentions some of the disadvantages of shortening the training time. [Click here to read more]

SINGAPORE - In a move to ramp up the medical expertise needed for Singapore's ageing population - and the increased chronic disease load expected - Singapore is looking at cutting the training time needed for its medical specialists from seven to five years......

Currently, doctors are selected for traineeship upon completion of their housemanship, which is a one-year compulsory training in the public hospitals. This is followed by a three-year posting to various hospital departments for exposure to varied patient types. At the end of the compulsory hospital rotations and training - and upon passing a postgraduate examination, they move on to a two- to four-year advanced speciality training before becoming Associate Consultants. For some specialities, this could mean a total of seven years of postgraduate training. Under the American system, Prof Chee said a doctor can go directly from medical school into a seamless residency programme of five to six years, with exposure to all the necessary disciplines.

But are there downsides to this reduction in training time? Speaking to MediaCorp, MP for Sembawang GRC, Dr Lim Wee Kiak, said any reduction is welcomed but one concern is that those under the proposed new system may not be as well-trained as their predecessors. Dr Lim, an ophthalmologist by training, said: "With a compressed training period, they may not see as many patients ... The challenge is to ensure that the residency programme is tight enough for the doctors to have enough opportunities to see all sorts of cases."

As for Dr Fatimah Lateef, MP for Marine Parade GRC, who has trained medical students and doctors for 16 years - the last 12 in emergency medicine - one concern is the maturity of the postgraduate students. Noting that "the pass rate is not high", Dr Fatimah said that even after seven years, some may not have the maturity to make "independent decisions". With reduced training time, she said: "We have to make sure there is sufficient dedicated time for those training the specialists to supervise them." Candidates would also have to take the initiative to learn beyond the lesson plans drawn up for them...........

3. Researchers in Singapore say that A(H1N1) virus infection is no different from seasonal flu in terms of its behavior, symptoms wise, etc. I have some reservations to buy into that as I personally think that it is still premature to make such conclusion.

These findings, from Tan Tock Seng Hospital, are based on studies on its first 70 H1N1 patients. "One of the things we also realised is that for those individuals who present early, and get treatment early, they can shorten the duration of virals recovered from the nose and the throat," said Associate Professor Leo Yee Sin, clinical director, Communicable Disease Centre, Tan Tock Seng Hospital.........